Having pinned my colours firmly to the whoever-has-the-most-fixtures-left mast last GW, I've backed myself into a corner a bit and am somewhat forced to go for Sunderland this week.

They have two games in hand over most but despite two double GWs on the calendar, it's hard to see where the value lies. Fret not - that's what I'm here for - well... that and to show you silly pictures.

As deep as my love is for Gustavo Poyet's style, Sunderland are utterly village. A team that consistently fails to start Adam Johnson - clearly their best attacking option - is arguably beyond fantasy reproach and Hazard proved a couple of weeks ago (to me at least) that a quality player can do a lot more damage in one game than an iffy one can do in two (I'm looking at you Sterling!)

Thing is, whichever way you look at it, 2+2=4. Adam Johnson's fantasy production has fizzled out recently with him finding that great bench-warming form he specialised in at Man City but his overall points tally for the season (114) is still higher than top mid Eden Hazard if you double it - and he's about half the price! Now consider the fact that two double GWs = 4 matches and even Ki Sung-Yueng's meagre 80 pts begins to look like the dog's.

The Black Cats face a downtrodden Tottenham at the Lane this week (Spurs will play badly, their fans will boo, the away team will snatch a win/score draw) and their two double GWs are Everton/Man City (GW 34) and United/West Brom (GW 37).  This is neither spectacular nor as ominous as it seems - all these sides concede goals and Sunderland are (CLICHE ALERT) fighting for their little lives.

Might as well start with the only one anyone's heard of. AJ's had some scintillating performances this campaign. His overall score is heavily propped up by a hat-trick against Fulham (does that really count?) but he proceeded to score in three consecutive games after that. Ne shabby pas for a midfielder. Also he scored in Monday's loss to Wham despite only playing 38 minutes.

4.3 million fantasy dolla dolla bills y'all for a mid who plays pretty much every game is about as cheap as fish and chips wrapping paper - without the chips. On 3 goals and 2 assists he's hardly a world-beater but is a decent player with quick feet and the ability to unlock a defence. Bang for buck.

The Liverpool loanee has established himself as first choice frontman... ish. His stats (3 goals and 2 assists) aren't even really worth a first look, let alone a second, but his ownership (0.5%) provides a delectable differential.

Some sources (FIFA 14) would indicate that the longer Borini plays, the longer he will continue to remain useless. Getting him to score a goal against a top 7 team is like getting Nigel Farage to answer a question with no made-up statistics in it - ain't gonna happen, sonny. Since 5 of Sunderland's remaining 8 are against these elite sides, you might be wary about taking a punt on him. 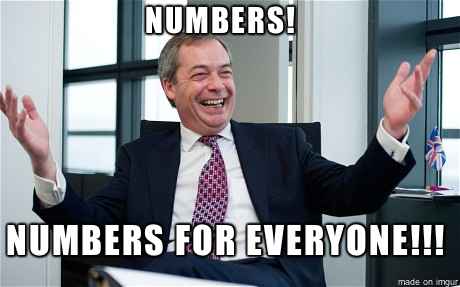 8 clean sheets isn't horrendous for a relegation-threatened team and you'd like to think Poyet's main mission will be to plug holes at the back if he's to stay a Premiership manager. While Sunderland's fixtures might appear daunting at first, Mannone rotates beautifully with Brad Guzan (Aston Vanilla, 5.1m) and Joe Hart (Man City, 6.0m). Swapping between them your match-ups could be:

Who? Marcos Alonso. He plays for Sunderland. He's a full back. Also on loan. Can play in midfield.

Why? Has only missed one game (red card suspension) since coming in in January. Clearly rated by Poyet. Made one appearance for Real Madrid so is officially better than all other Sunderland defenders ever.

Really? Sure, why not? You could get Wes Brown 0.2m cheaper but he's a centre-back and you know who he is so where's the fun in that?

This man is all the rage across the pond. He hasn't had three 90 minute games in a row all season, though - and has one goal this season. Fogetabaaaaatit.

We all make mistakes. Suggesting the procurement of Sunderland players in fantasy football could certainly prove to be one of mine. But be open minded, allow yourself to take risks and, most importantly, don't blame me if it all goes tits-up.