Almost 10 years ago today I sat inside a Central London office on the verge of accepting a football-related job. It's something that I had dreamed of since collecting football stickers and following scores on Ceefax as a child. I was all set to start but had a change of heart.  Sometimes you just have to say no. I wanted to do something different and instead write about football, in particular my fantasy football adventure. Not long after this realisation the FPL Hints blog was formed by me.  I simply wanted to share player recommendations and my very own team before each Gameweek. I still remember my first article on here which was short and brief.

From the onset we had readers from all around the world.  The blog's hits, content production and writing team grew rapidly as the number of FPL managers skyrocketed in a few short years. In terms of traffic, 2013-2017 was the heyday of this blog. Thereafter I didn't have the time to commit to weekly articles and preferred using Twitter.  Over the years, many seasoned fantasy football managers contributed an assortment of articles.  At the same time, this blog had its limitations. It wasn't a website and I didn't really have time to develop it due to my own commitments. I dare not look at the traffic numbers now, but they've probably nose dived over the past year and a half when I gradually stopped posting content on here. Sorry for letting that happen and for also no longer sharing my team on a weekly basis.

On the plus side, looking ahead, www.fplhints.com will now be redirected to a long awaited website with new functionality. Rest assured, this blog will not be deleted off the face of the earth. I will keep it alive for archive and nostalgia purposes. But as the 10th anniversary of FPLHINTS gets near it made sense to do something new on the web front, as well as releasing a free magazine. I will still be active on Twitter and have began to experiment with YouTube and even Instragram. Thank you for reading this message and see you on the other side.

Budget defensive options - Gameweek 28 and beyond

Email ThisBlogThis!Share to TwitterShare to FacebookShare to Pinterest
Labels: Sadio Mané? Mohamed Salah Or Both? #FPL

Why I've decided to lighten the bench

💺 While many FPL managers are strengthening their benches, @FPLHints has sold a playing substitute...

🤔 Defence could be the place to look for differentials over Christmas, writes @FPLHints

🔥 The differentials column just keeps on picking them this season! 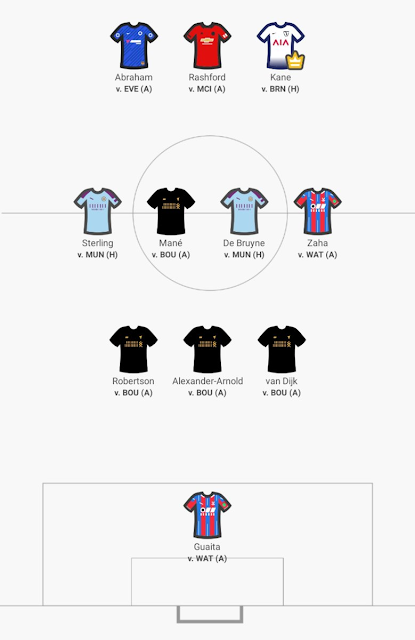