I won't get all smug about last week. Suffice to say that my FlyBuy pick (and Matej's #CalledIt selection) was Christian Eriksen, who accrued 15 points. Nice.

Although this certainly wasn't a "safe" pick by any stretch of the imagination, I feel the time is right to choose a player who falls very firmly into the "risk" bracket. As we are all aware, GW34 is a double gameweek; not on the scale of GW31 but a double all the same.

Unfortunately, if I want to select a player who plays for one of the four clubs playing twice, I am somewhat handicapped by the parameters of FlyBuy. Namely, that the player MUST be from a club currently between 5th and 15th in the Premier League, with an ownership percentage of between 3 and 20%.

So, this counts out ANY Man City, Everton or Sunderland players. Which leaves Crystal Palace. Although in a stunning run of good form, not many of their players are owned by more than 3% of all FPL managers. To be precise, only 5 of their squad meet this criteria. Of those, Danny Gabbidon has not played since the start of Feb so he can be discounted immediately. Julian Speroni, Joel Ward and Jason Puncheon are in form, and therefore don't meet the other parameter of Flybuy; namely the selection must be a player who - for one reason or another - has been out of the points who I predict can rediscover some form and start performing. In FPL terms, this means providing points worthy of taking a punt and getting them in your team.

This leaves a choice of one. A very risky choice of one. So, I either play safe and select from a non-DGW team, or put my head above the parapet and risk getting shot down by you lot.

Well, screw it. In for a penny, in for a pound. I'm going for it. By that I don't mean I will be drafting him into my own team (I'm not stupid), but for those who do like to take a risk, it could pay off handsomely. Or not. Who knows. 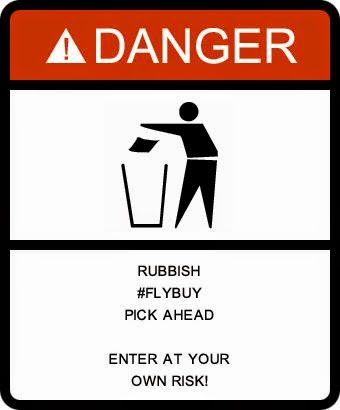 So, of whom do I refer? A Palace player, owned by more than 3% of FPL managers, who hasn't been amongst the points recently, but who in games against Aston Villa (H) and Everton (A) could provide a return? Surprisingly (to me at least) he has scored 5 goals this season, provided 2 assists and accumulated the maximum award of 3 Bonus Points on no less than 3 occasions. He rarely plays 90 minutes (8 times in the 29 matches he has featured) and has in fact only played 27 minutes (in GW33) since the start of March.

I'm almost ashamed to write this, as this guy has been a bit of a figure of fun to me on Twitter for a while now. Do I...don't I....aaargghhh!! I've written too much of the article to back out now.

*Runs Away and hides*

For what it's worth, I've brought Joe Ledley into my own team, but his ownership stat is just 0.1%

Now THERE'S a differential! I tipped him last week, a few people drafted him in (along with Eriksen) and I received a lot of lovely Twitter messages from managers thanking me for the 26 points these two players alone provided. I had neither in my own team, hence red arrows for the 3rd consecutive GW for the first time this season.

These 9 will be backed up by single GW Suarez and Gerrard.

I really need a break in fortunes to stop my season imploding in dramatic fashion as we approach the final furlong.

Good luck to you all. Catch you on the flip side of DGW34!