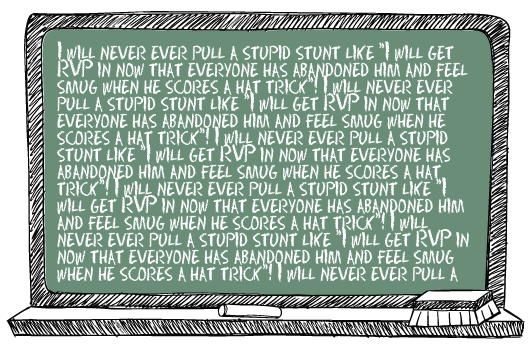 He eventually did what I expected him to do, but IN THE WRONG COMPETITION. And now he is out for 4-6 weeks and I am stuck with him and Kompany (thanks, Vincent, for getting that red card, for no CS and for missing out the game with Fulham!) and looking at a all-time-high point hit to get my team anywhere close to resembling a proper DGW team. Argh!

OK. Now, that I have gotten this out of my system, we can talk about the differentials for GW31. I will not lose time talking about the importance of this week and yada, yada. You have heard it a lot over the course of last weeks and only people who fell from the moon have less than 5 DGW players on their rosters. And yes, that includes yours truly!

As I need to somehow make up for the massive points hit I am about to take, my personal differential for the week will be Edin Džeko. With Agüero sidelined, Negredo completely off form and Jovetić just coming back from injury, I assume (you never really know with MCI, do you?) he will be leading the attack against Fulham at HOME and with 5 goals in the last 9 games, he could be a great differential (crazy captain idea?). In the second game MCI go up against Vidic-less, Smalling-less and RVP-less MUFC. Call me crazy, but I see some goals in this for him.

Sadly, he cannot be my #CalledIt pick as he is owned by more than 5% of managers.

Have no fear. The second pick on my list also has a DGW. What's more, he has two HOME games, one of them as well against that Vidic-less, Smalling-less and RVP-less MUFC team. He scored his first goal of the season last week and seems to be pretty consistent at getting attacking returns this year whenever he does manage to suit up (which was not often, truth be told). Nevertheless, I can see him having a major impact this GW. Andy Carroll, #CalledIt pick for GW31.

P.S. Maybe I picked him because he has a similar ponytail I used to have back in the days? We will find out after the GW is over. 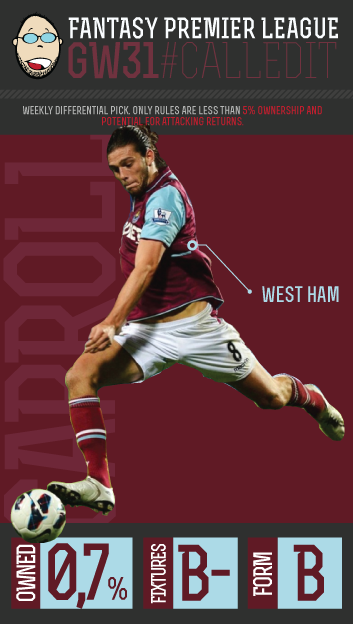