Picture the scene. It is 6am. I have been awake since midnight, having only gone to bed at 10.30pm. I have a toddler causing absolute carnage as this is the first time in 22 months he has slept in a "real" bed rather than a cot. This is not by choice. I am in a Premier Inn. A featureless box of a room, devoid of personality situated on the outskirts of Lowestoft. It's not so much the non-stop craziness of the boy that is preventing sleep. No, it's actually that everytime I drift off my dreams are haunted by visions of Lenny Henry.

I've always been slightly haunted by Mr Henry, truth be told. I can trace the exact origin of this though, and it's not as irrational as it may appear. When I was 5 years old I appeared on a popular Saturday morning kids TV show called TISWAS. One of the features of this show was a guy dressed in black (picture ghost face from 'Scream' but without the mask) known as The Phantom Flan Flinger. This dude used to, well, fling flans at kids.

On this particular Saturday Lenny Henry also decided to get in on the action and from a range of about 2 metres he successfully flung his flan straight into my grid. And then laughed in my face in that booming Black Country voice of his.

So, my Lenny Henry phobia has basis. Hence my sleepless night, exasperated by a toddler with limitless energy and no desire to sleep. And this is why I find myself locked in the bathroom in my Premier Inn room, tapping this weeks FlyBuy article on my iPhone with limited internet access. 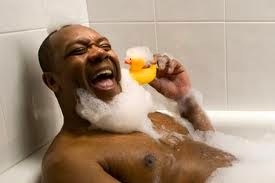 I guess you're wondering now who my pick is. Fellaini failed massively in DGW31. I guess he would have been a great success if FlyBuy was about picking the player most likely to get arrested for GBH, but unfortunately that isn't one of my parameters.

No, for me, this weeks pick is a player I rate highly. Out injured since Dec, he has had a couple of games of being eased in gently. It's been back into a team who have struggled without him who have sacked their manager during his absence.

If anyone can score the goals and provide the assists to keep them in the Premier League though, it's this guy. Ladies and gentlemen, this weeks pick is the Spanish maestro, Miguel Michu!