Nay to the Gray? - Gameweek 2 Review

Gray vs Negredo- the battle of the 6.5 forwards goes on

Gray to Negredo was the most popular transfer leading up to the gameweek 2 deadline. 52k transferred Andre Gray out of their teams after he blanked in the first week at home to Swansea. Little did they know the Burnley striker would assist a goal and open his Premier League account v Liverpool in Saturday. This left the 10.5% who kept the faith in Gray rewarded while those who knee-jerked to transfer Alvaro Negredo in feared the worst going into Sunday's North East derby between Middlesbrough and Sunderland. A Negredo blank would be costly. Thankfully for the 18% of managers who own 'The Beast', he came up with two assists and scored the same amount of points as Gray due to his 2 bonus points. No doubt the two standout 6.5 strikers from the first two gameweeks will continue to cause headaches throughout the season.

After spending £69.1m on new recruits so far, Liverpool have strengthened greatly this summer, particularly in midfield. While their notorious defensive issues are yet to be resolved, the question on most FPL players' lips after Liverpool ran out 4-3 winners at the Emirates was which of Liverpool's talented midfielders to sign for your FPL team. Coutinho was the favourite and raised 0.2 in value due to popular demand after his brace, Adam Lallana had a goal and an assist and Sadio Mane also impressed with his goal, though injured in mid-week and was ruled out of the game at Burnley. Add to that list Giorginio Wijnaldum, who weighed in with an assist and showed his quality at times last season, though seemingly forced to play a deeper role for Klopp than at Newcastle and Firmino, Liverpool's top point scoring player last season. The quality of these midfielders can be top class as we saw against Arsenal, but the consistency of all of these players hangs in doubt. Liverpool in general suffered with inconsistency last season. Beating Chelsea then then losing to Crystal Palace, losing 3-0 to Watford and then beating Leicester was the kind of form Klopp's team were in throughout last season, which could cost you points if they continue to blow hot and cold. Having been outstanding in attack against Arsenal, they struggled to break down Burnley's defence, so the early signs are that they haven't changed.

Aguero and Ibra or bust?

There is beginning to be a recurring theme in FPL this season. Ibrahimovic + Aguero = success. Like last week, they were the two highest scoring strikers again. The other premiums have not come close to the two most expensive players' identical record of 3 goals in two games and maximum bonus points from the first two gameweeks. Whether this trend continues remains to be seen, but the forward alternatives are sure to improve. After a slow start, it might be only a matter of time before Jamie Vardy and Harry Kane start hitting the net as regularly as last season, so it may not be best to panic to get Ibrahimovic for a -4 point hit or to wildcard in order to get both just yet, but another week like the last two and that might be a viable option as the pair have already gone up 0.1 in value and continue to increase in ownership. Miss out on another price rise and they could become difficult to afford even in a wildcard team. 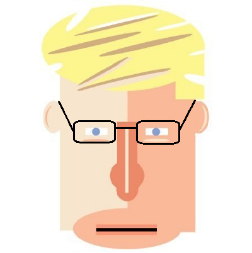