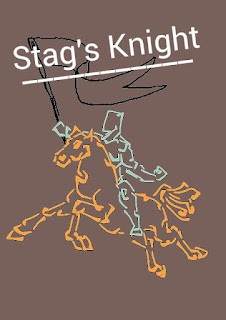 The Stag surveyed the expanse of colours laid out before him. The jerseyed knights jostled for positions, snarling as they sought the upperground and overenthusiastically celebrated their triumphs. However, The Stag required a differential.  Only a knight less than 20% of the herd would do.  Only one knight could help him vault the others over the next 3 gameweeks.  Only one knight could bring him the fabled Green Arrows.  A knight to brighten his day.

This week's Stag's Knight is Sunderland's new summer signing Jeremain Lens. The Dutch international arrived at recently at the Stadium of Light from Dynamo Kyiv for the princely sum of £8 million to be reunited with his former boss Dick Advocaat. The manager himself explained the transfer; "We had a problem last season making goals and also creating chances, so something was wrong in both midfield and up front and that's why we bought Lens,"

That quote perfectly sums up why FPL managers should take note of Lens too. I've selected him mainly due to his apparently superior attacking ability to his Sunderland peers going forward. Sure Adam Johnson isn't a bad FPL prospect, but he's injured and I doubt the Black Cats' main striker Jermain Defoe in the long run, Why Sunderland players you may ask? Well it's obvious really. Their next three games will provide ample opportunity for their attacking players to notch up goals and assists. They have two winnable home games against Norwich and Swansea followed by an away trip to face Aston Villa. Now I know we can't be certain about any team's defence based on the one game we've seen so far, but we can speculate. The Canaries conceded 3 goals at home to Palace in gameweek one. Hence when dragged away from home, I'd expect an even poorer showing. Swansea did themselves proud against the mighty Chelsea last week and Sunderland will struggle here. Maybe I'm being optimistic in calling this game "winnable" for the Black Cats but I think we can all agree that Sunderland could certainly get a goal here. Finally, Lens' third game away to Villa shouldn't be the most difficult of the trio. After the Villains' laboured victory against newly promoted Bournemouth last week, I'd fancy Lens to pick up some attacking returns here too,

I'll pitch Lens the player a bit more now. Coming in at a minuscule 0.9% ownership at 6.5, he is Sunderland's most expensive FPL player. I find this percentage to be astoundingly low considering that in 326 career appearances, he has scored 89 goals and assisted another 83. For those that love a good stat, that comes out as about 0.53 Goals/Assists per game. Sometimes, I'm seriously skeptical about career stats such as these. However, we must consider that the highly experienced and world class manager Dick Advocaat has now managed Lens at three separate clubs. He would never have invested in Lens if he didn't see him having the ability to crack open Premier League defences. For what it's worth, Lens has already shown hints of his class on English soil grabbing an assist in last weeks defeat to Leicester.

You could be forgiven for reading this piece and casting it aside purely because of how poor Sunderland were last week. Advocaat said his own side "scared him" at times during the humiliating encounter. For much of the game, they were off the pace and uninspiring. Morale will have taken a hit in the dressing room but I think a rebound against Norwich will kickstart Sunderland's league campaign. Lens has the creative nous to propel Sunderland over the next three gameweeks.