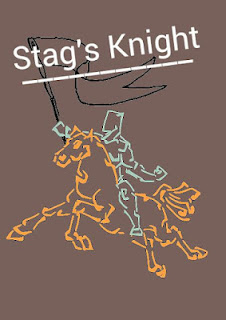 The Stag surveyed the expanse of colours laid out before him. The jerseyed knights jostled for positions, snarling as they sought the upper ground and over enthusiastically celebrated their triumphs. However, The Stag required a differential.  Only a knight less than 20% of the herd would do.  Only one knight could help him vault the others over the next 3 gameweeks.  Only one knight could bring him the fabled Green Arrows.  A knight to brighten his day.

This week’s Stag’s Knight is Liverpool’s Philippe Coutinho. The Brazilian play-maker has been the only real bright spark in Liverpool’s offence this season, providing the creativity and guile to unlock opposition defences. Coming in at a pricey 8.1 and 14.8% ownership, he isn’t necessarily the biggest differential you’ll find, but that’s irrelevant if he gets you the points!

Unfortunately for Coutinho, his incisive passes have gone to waste so far this season as Liverpool’s strike force continues to waste opportunities. That said, we all know Christian Benteke’s ability when he hits form. Maybe his spectacular goal against Man Utd last gameweek hints that he is beginning to find his shooting boots. The low point for Coutinho so far this season was undoubtedly his needless red card after picking up 2 yellows in the embarrassing 3-0 defeat at West Ham. This Sunday’s game against Norwich will be an opportunity for the ‘Little Magician’ to repent for his grave sin, missing the grudge match at Old Trafford, to the Anfield faithful.

Coutinho’s highlight of the season so far came when he got the one and only goal as The Reds overcame Stoke City in Gameweek 1. He displayed that day the most vicious weapon in his arsenal. That is his ability to lash in vicious shots from long range. That day Coutinho grabbed a very ordinary game by the scruff of the neck, surged forward and perfectly mixed power and precision to beat Jack Butland from 30 yards out. That goal wasn’t a flash in the pan either. Coutinho likes to “have a go” at goal. This is emphasized by the fact that he has averaged 4.5 shots per game so far in the league this term.

What else has Coutinho got going for him? For a start, Liverpool’s fixtures are very favourable. The next two weeks see them take on Norwich followed by Villa at home. Norwich’s defence hasn’t been unbelievable recently while Aston Villa continue to leak stupid goals. I also wouldn’t be surprised if Villa struggle brush themselves down and push on after their collapse against Leicester. Coutinho’s 3rd game as Stag’s Knight will be a cross-city trip to Goodison Park. The Merseyside derby has been known to be fiery and produce goals. I’d back Coutinho over any of the other Liverpool players to be the difference.

Also, I saw Liverpool’s midweek Europa League match as a possible turning point. Against a superior Bordeaux side, a team consisting of 5 teenagers (Ibe, Rossiter, Gomez, Brannigan (sub) and Pedro Chirivella (sub)) managed to hold out for a draw. For much of the game Liverpool were pegged back and looked doomed. In the end, they could have won it with Danny Ings the man who missed the big chance. Lallana and Coutinho worked brilliantly together, with Coutinho assisting Lallana’s fine goal. Success in tough games like these breeds confidence in teams.

I view Liverpool’s next few matches as their best opportunity before Christmas to get their season on track. Philippe Coutinho will play a crucial part in every move Liverpool make, surely picking up goals and assists along the way.

Stag’s Knights didn’t have much to brag about last gameweek. Nacer Chadli and Matt Ritchie both finished with disappointing blanks as Spurs barely overcame Sunderland and Bournemouth fell to Norwich. David Silva missed out through injury but thankfully returns this weekend.