Tricky Fixture for The Reds 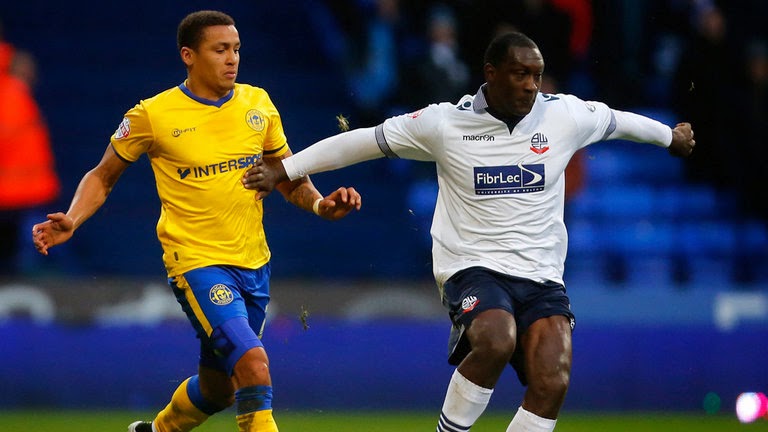 After an applauding draw against Chelsea in the Capital One Cup semifinal, Brendan Rodger’s men turn this attention expeditiously to the FA Cup, the oldest cup competition in football. The vibrant Anfield will be playing host to Bolton Wanderers which can be a fiddly fixture for the home side despite being categorized the favourites to mount forward to the next round of the tournament. 22 years ago was incontestably the moment when the Merseyside Reds started losing grip of their prominent era, slipping of the title battles and new signings nowhere near helping the club to progress well. Sounds similar though as handful of summer additions by Rodgers are still struggling to justify their big money value.

One of the biggest humiliations for Liverpool during these years was Bolton’s shocking triumph in the FA Cup replay in 1993. Therefore, The Reds need to pay more attentiveness against the visitors, who hold decent record at Anfield with two wins in the Premier League time.  The defeat made the start of an end for Grame Souness who survived a dozen more months as manager before another disgraceful cup exit by the hands of Bristol City which finally got him the marching orders. Evidently, never write off under-dogs! In addition, their arch rivals Manchester United performed gloomily against Cambridge United where the match ended goalless draw.

Once the fixture was announced, the first thing that riveted the Liverpool fans was the return of former forward, Emile Heskey who had mixed memories with the club in red. The 37-year old striker resembled the similar phase that is currently being faced by maverick Italian Mario Balotelli. Heskey played a vital part when The Reds secured the memorable cup treble of 2001 henceforward Anfield will be cherished and fairly excited to welcome him back as an opponent. The England international began his career with Liverpool pretty upright yet gradually lost pace and confidence. Confidence seems to be the marginal line that separates a top notch player and an average player. This fits perfectly for Balotelli as well who constantly is labelled as being not impactful and low energy. To shrink the story short, the past and present of misfit forwards are facing each other as the former AC Milan attacker will look to retain his form. As Rickie Lambert and Fabio Borini has finally breaking the deadlock in the Premier League, leaving Balotelli as a spectator and no close of being an option for the dream team.

Brendan Rodgers has an eye on the hard-hitting trip to Stamford Bridge for the Carling Cup 2nd leg battle, thus his team selection will be the a test.  Left-back Jose Enrique, midfielder Joe Allen as well as young talent Jordan Ibe will be gearing for a first team spot to ensure the home side progress comfortably to the next stage of the competition. Top four encounter seems to be pretty challenging in the Premier League, hence Rodgers will be putting extra efforts in cup matches, just as Kenny Daglish did during his second spell with The Reds as a manager.
Posted by Unknown