Blast from the past: When I met Pelé 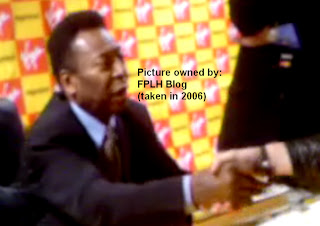 It is not often that you ever get to meet one of the best footballers of all-time.  It is all the more rare to meet the best among them.  Fortunately it is an honour that I have achieved during my lifetime.  In May 2006 I had the good fortune of meeting Pelé at a book signing in London.  I had to que up for over two hours but it was definitely worth the wait!  With the World Cup in Germany around the corner I should have asked him who he thought would win it.  All I could say was "you're a legend!", to which he humbly replied "thank you".  He was kind enough to sign his first-edition autobiography for me.  I wanted him to also sign my Brazil shirt but unfortunately the event handlers would not let me do so.  Meeting him was an inspiration.  To think that he won 3 World Cups and scored over 1,000 goals in his career is beyond my comprehension.

Perhaps he should have also tried playing club football in Europe in his twilight years instead of the US?  With hindsight he probably retired too early from the Brazil national team and should have at least 100 caps to his name.  But I suppose that all of this adds to who he is today.  In contemporary FPL statistical terms, if Pelé was playing, he would probably be worth at least 20.0 as a starting value and a nailed on starter in the vast majority of teams.  I wonder how he would have fared in club or international competition against the likes of Messi and Ronaldo?  I suppose the comparison is irrelevant due to the different football eras.  Without a doubt Pelé was the first true global football superstar that made the sport cool and brought it to audiences who would not have been otherwise interested.  It says a lot of a man that is able to do that.  Pelé you are indeed a legend of football.  Thank you for shaking my hand. 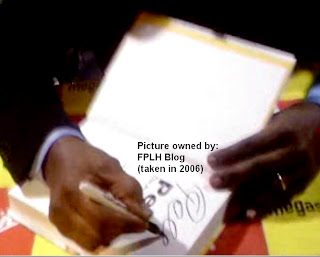