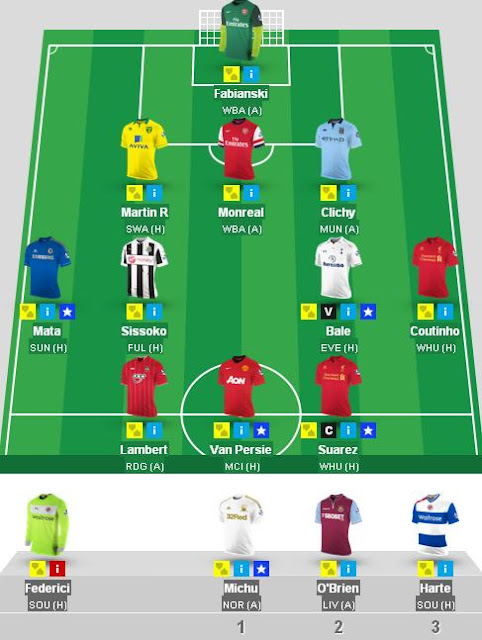 Ok folks, so you must be thinking why I made no transfers this GW?  The fact is that I intend to take hits for GW33 to bring in DGW players.  But I have a feeling that we may have another upcoming DGW in the pipeline after DGW 33, so may I not use my WC till after that is confirmed.

Due to the strength of my team, there was no need for me to make any transfers for this GW.  In terms of team changes, I benched Michu as I think his form is still off-ish despite scoring last week.  Moreover, I benched O'Brien as I feel that Liverpool will run riot against West Ham's defence which has been poor of late.

My captain's armband for this GW goes to Suarez.  He may not have scored last GW, but is sure to cause West Ham trouble at Anfield.  The vice-captain's arm band goes to Mr Consistent, Bale.