Transfers: Walcott and Demel (OUT) / Robson-Kanu and Shorey (IN) 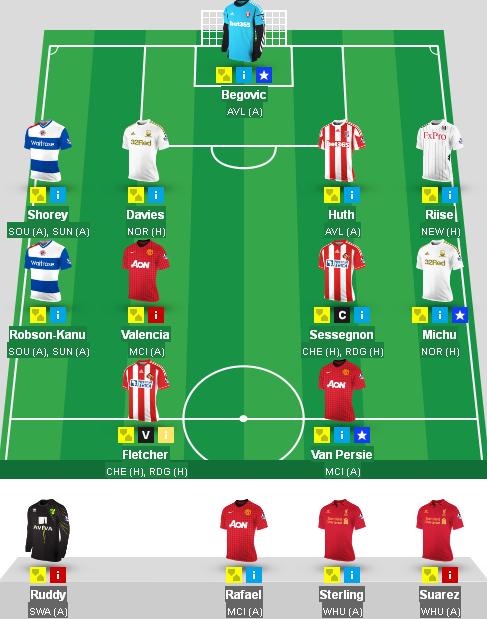 I will keep this post brief like last week.  Following a run of mediocre/sub-par Gameweeks I have decided to shake my team up and take a -4 hit.

I have sold Demel due to West Ham's difficult fixtures and replaced him with Shorey due to Reading's DGW.  Shorey has been on form of late and has the potential to either keep a clean sheet or bag an assist.

Despite buying Walcott recently, it looks like he is out for the time being.  With an array of injuries in my squad (including Valencia, Ruddy and possibly Fletcher) I decided to make the most of DGW and draft in Robson-Kanu.  He too has been on form of late and could be key in scoring a few points in Gameweek 16.

My -4 hit could backfire, but it's worth taking a risk with the status quo.

A steal at £4.3M and a differential! What more is there to say!?