It's that time of the year when proper football is back!  It also means that you begin to pick a squad which you believe will win all of your mini-leagues, obviously.  The ultimate irony is that you can't control how your squad performs on the day.  What you can however determine is the team name.  The limited characters that you enter will be a reflection of your personality and wit.  A play on team and player names is the way to go for the pun-laden among us.  But there's so many to choose from and every other person has the same one!  The following is a formulaic approach which will show you how to create a typical fantasy football team name:

You want something eye-catching so that everyone takes note? But isn't too explicit? This is a good way to show off your cheeky side.  An unfamiliar sounding player name that means something else when pronounced verbatim in English is what you are probably looking for.  Making a sentence with other player names too will get you extra streed cred among your mates in the office.  Look no further.

Sometimes it's best to keep it simple.  You're the sort that doesn't like to over think things.  But you want something that could get a quiet laugh in some quarters.  Fear not.  A player that caused commotion during a transfer move to another Premier League club could help you achive that.  If his name sounds similar to something else you are onto a winner!

For those into football and music, perhaps you want to take it one step further.  You want to somehow combine your two passions together.  That's doable.  Posh and Becks lite (probably not).  Think of your favourite artist.  Think of one of their famous songs.  Think of a litany of random Premier League players.  Presto.

Or maybe you're old school.  The kind of person who has held a season ticket to Northamtpon Town Football Club for the last 20 years.  You don't have time for pop music.  Pop means something else in your language.  Though you do like a good sing-a-long of sorts.  What's more, a traditional football chant means so much more if the player hasn't had a good season.  It also gives you something else.

As a fantasy football manger you will often question your team selections.  Your players aren't performing the way they should.  Far from perfect.  Then again a player who you picked at the start of the season has had a superb run of form.  His first name can be pronounced as two typical English words.  Now there's an idea.  He is your answer.

You are an arm chair football fan.  That means you watch a lot of TV.  That in itself should give you a plethora of ideas.  Your favourite player is superb.  His surname also sounds like a synonym for the word wonderful in English.  Go with it.  It's funny, in more ways than one.

Last but not least, it is what you do in a bog standard day that can generate the most number of ideas for a fantasy football team name.  The links with player names and your day-to-day routine can be made at a canter.  The following is something that FPL Fly used last season.  If I remember correctly it also won him a football t-shirt of his choice.  Ironically, the player's name that has been used (Ritchie de Laet) also won something - The Premier League! 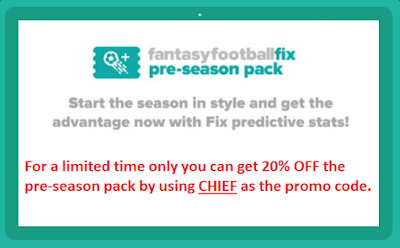