In Defence of a Foreign England Manager

Stuart Pearce has been appointed as the caretaker England manager whilst the FA deliberate on who full be the next full-time England manager.  Who should be the next England manager you may ask?  Popular and media acclaim would have you believe that the permanent vacancy will be filled by an Englishman - the favoured candidate is Tottenham Hotspurs' manager Harry Redknapp.  The desire of having a British born manager is also supported by the FA.  Redknapp may have done a fantastic job at Spurs and will probably be the next full-time England manager, but it must be noted that there are more qualified and able managers around whose only mistake is that they are not born in England.  Not only that, but the alternative candidates in question have the key following credentials and ingredients:
To automatically reject them purely on the basis that they were not born in England could be interpreted as a mild form of xenophobia by some quarters of society.  It must be acknowledged that the last time the argument of "an English manager for England" was championed it led to the futile appointment of Steve McClaren.  Sure he was media savvy, but apart from one meager League Cup management honour to his name he lacked world class credentials and it showed with his Euro 2008 qualification failure.  Interestingly the two foreign managers that the FA have appointed did far better than their English predecessors as follows:

Sven Goran Eriksson - 59.7% win rate and 3 tournament quarter finals, as opposed to:
Kevin Keegan - 38.9% win rate and group stage failure at Euro 2000.
Fabio Capello - 66.7% win rate and reaching the knock out stage of a World Cup, as opposed to:
Steve McClaren - 50% win rate and failure to achieve qualification for Euro 2008.
The ingredients of the next full-time England manager have been outlined above.  With this in mind, I believe that the following non-English managers should be considered as the next full-time England Manager:
Arsene Wenger
English speaker, media savvy, managed in England for almost 16 years, promotes youth talent, has multiple league titles and cups to his name.
Jose Mourinho
English speaker, very media savvy, managed in England for 3 years, has multiple cups and league titles from around Europe (including England) to his name.
Guus Hiddink
English speaker, media savvy, has had a successful managerial stint in England, has won domestic competitions and a record of international management experience.
The three aforementioned alternative candidates are far more qualified and successful than Harry Redknapp on paper.  In fact, it can be argued that in terms of a British manager Roy Hodgson and Martin O'Neill are as as successful as him.  Harry Redknapp only has an FA Cup honour to his name as a manager.  Of course he has the nostalgia element in his favour (i.e. having played with England legend Bobby Moore), as well as discovering young English talent (particular at West Ham) as well as having turned around Spurs and achieved Champions League qualification with them.  But unfortunately for those that champion the "English manager for England" argument it still doesn't put him in the same class as the highlighted foreign candidates.  Admittedly, Redknapp at this moment in time, is probably the best British/English manager around.  If Redknapp wishes to be the next England manager there is no real reason why he can't do better than Fabio Capello.  Moreover, it would be hard for him to fail in the same way as Keegan or McClaren.
In summary, for those that only want an English manager for the England job please consider the alternative points at hand.  It is time for England "to do a Spain", by removing the perennial tag of tournament under achievers and win a major tournament since the 1996 World Cup.  We have talented players at hand.  The question is - do we have the manager that will make England a formidable force in international football? 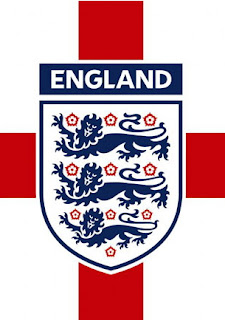