Join me and many other fantasy football managers in Starting 11’s
Gameweek 11 free to enter £50 game.

Starting 11 has another free to enter £50.00* mini-league prize on offer this weekend. I’m here to bring you tips and hints on how to make the most of your Daily Fantasy Premier League team.

We all love fantasy football and with a lot of us playing in FPL cash games with family, friends and work colleagues, Starting 11 are offering us the chance to win some fresh cash, every weekend!

If you’d like to get involved this week by challenging myself and many other FPL managers from the community, simply create your line-ups today by downloading the free Starting 11 app, which is available on both iOS and Android.

This Saturday has SIXTEEN teams in action, with a list of tasty fixtures.  No doubt there will be many tough calls – who will make your Starting 11?

Below, I (@FPLHints) will show you guys my line-up in advance and offer a few thoughts on which premium and differential players I’m considering.

Once you’ve installed the app and are logged in, please head over to the ‘Mini-League’ tab and there you will see FPLTips’ contest for Saturday 2nd November.

As mentioned, both the iOS and Android apps are free to download, and the free roll contest is free to join and play so, there’s nothing to lose.

Sadio Mane vs. Aston Villa (A)
Mane or Salah?  I have both featuring in my Starting 11 team this Saturday. Both have 5 goals in the league this season and both have provided 3 assists each too.

After scoring against Genk in the Champions League, Mane was unable to get on the score sheet last weekend vs Spurs.  He did however win the penalty that Mo Salah converted during the 2-1 win.
Liverpool are still undefeated this season and have an impressive 6-point lead at the top of the Premier League table.  Their next opponents Aston Villa were on a good run but enter the tie off the back of a 3-0 defeat to Manchester City.

With no clean sheets for Villa in each of their last 5 league games, Liverpool will be hoping to take advantage and keep the pressure on the chasing pack.

Anthony Martial vs. Bournemouth (A)
Martial is finally back to the delight of  Manchester United fans.  He marked his return by scoring a goal and should have had a second if it wasn’t for a great save by Krul from the penalty spot.

A midfielder playing as a Number 9 is a fantasy football dream come true and something to take advantage of for the rest of the season, particularly for Manchester United’s favourable fixture run.
Bournemouth surprisingly have kept a clean sheet during their last 2 games, however also failed to score – they are a side known for goals at both ends of the pitch and I expect them to return to normality sooner rather than later.

Manchester United have broken their away day curse having won their first away games since February, firstly in the Champions League followed by the 3-1 win against Norwich last week.  Solskjaer will be looking to build some momentum.  For good measure, Martial has scored in 3 of the 4 games he has played in the league this season, which bodes well for the weekend.

Marcos Alonso vs. Watford (A)
A fantasy football legend - we may not see Alonso popping up in the 12-yard box like a centre forward anymore – but we know how much he loves an attacking return and Chelsea are in great form.

Alonso started the season from the bench.  Emerson was the preferred choice at left back – however having been given his opportunity during Gameweek 5, Alonso has been ever present in the league this season.

From those 6 starts he has only blanked once, having produced 2 assists and scored the winning goal in the 1-0 win over Newcastle, as well as 3 clean sheets – even if the 3rd was a touch lucky, having been subbed on 62 minutes before Burnley scored.

Chelsea enter the weekend as one of the form teams, up against the side propping up the Premier League table without a win all season.


To get involved, simply download the free app below and create your best 11-man team - and you’ll need to pick a captain to earn you those all-important double points! FREE TO PLAY - FREE MONEY TO GIVEAWAY - DOWNLOAD BELOW 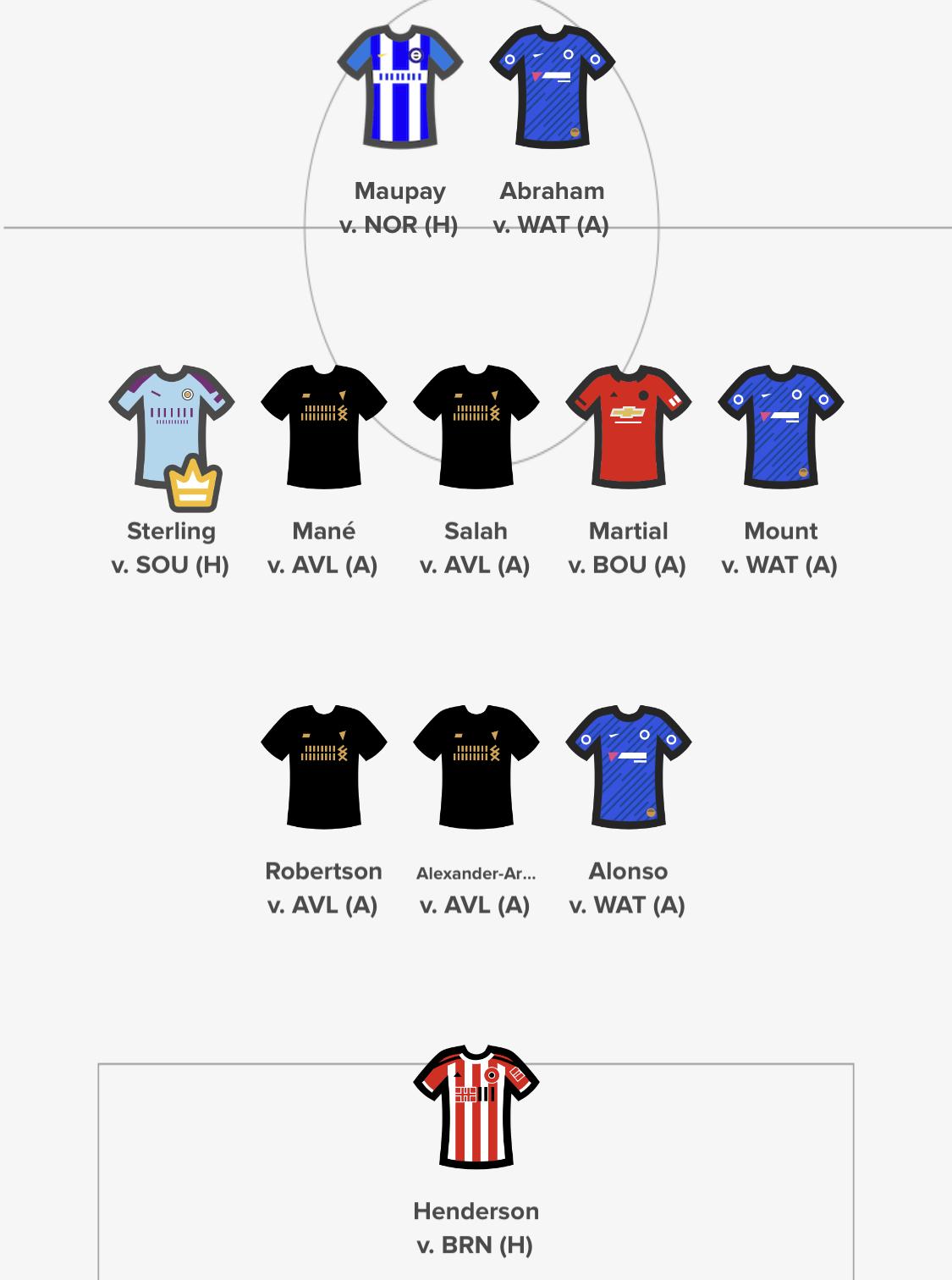