The week in Fantasy Premier League: Do you need to wildcard before it’s too late?

By Ken Rooney
Last week’s truncated set of fixtures left some Fantasy Premier League managers delighted. Others... not so much.
The Gameweek average score of 19 points doesn’t tell the whole story. Basically, those who had both Romelu Lukaku (EVE, 10.3) and Joshua King (5.6) flourished - pretty much everyone else was left facing those dreaded “red arrows”. 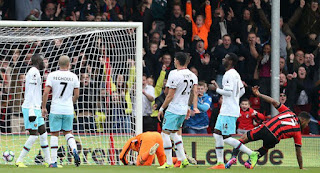 And it was standing room only in the GW28 Hall of Shame. West Ham's Manuel Lanzini and Andy Carroll returned two points each. Robert Snodgrass didn't even play.


FPL managers who picked Leighton Baines over Seamus Coleman tore their last remaining hairs out as he departed at half-time, taking his likely clean-sheet points with him.
They all pale into insignificance however compared to Phillipe Coutinho, who pulled off the ultimate FPL troll move - running to the bench after 59 minutes and 59 seconds to deny his loyal owners that precious point.
If only he had displayed that kind of awareness and pace earlier in the match. Honestly - it’s almost as if these players don’t care about helping us win our work mini-leagues!
The full article can be found here...
Posted by Unknown