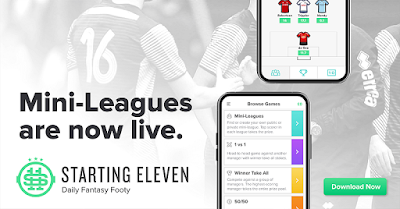 The undroppable Harry Kane may have been rested during Gameweek 16 but surely that’s not going to happen two weeks on the run?

A home tie for Kane against Burnley is this weekend’s stand out fixture and he will surely be Gameweek 17’s runaway captain choice throughout all fantasy football formats.

Four of Kane’s nine goals this season have come over the last six Gameweeks and with Harry’s hat-trick history during December, will this be the week he delivers explosive returns again?

Differential - Hernandez vs Fulham (A)

With Arnautovic injured, West Ham fans will be relying on Hernandez more so than even before over the festive period. He has scored 3 goals and provided an assist during his last three games.

This week the Hammers visit Craven Cottage and a dejected Fulham side fresh from their 4-1 defeat to Manchester United. They have now conceded 40 goals this season.

A natural goal scorer on form and with a wonderful fixture, get Hernandez into your Starting 11.

No matter who they face, we can expect goals from this Manchester City side. Therefore it's essential we have sufficient coverage from them.

Bernardo Silva has four goals and three assists this season to date and he will certainly keep Jordan Pickford busy this weekend, with his teammates providing ample support.

Differential – Ramsey vs Southampton (A)

Back from his latest injury setback, Ramsey returns to the Arsenal squad for their fixture this weekend against Southampton.

In any other season Ramsey would be a safe pick this week, but due to failed contract negotiations Ramsey finds himself in and out of the starting line-up – despite providing a goal and six assists this season as a utility player.

If Ramsey starts he will be one of the first players in my Starting 11 if once again he's sitting in that number 10 role, just behind the Premier League's joint top goal scorer, Aubameyang,


Safe Pick – Alonso vs Brighton (A)

A couple of poor games and everyone seems to be ready to ditch a bona fide fantasy football legend.

Against Brighton this weekend, I expect Alonso to bring home his fourth clean sheet in six games. What we hope for is those attacking returns, which are long overdue. Can he add to his tally? Possibly.

Against Manchester City he produced a professional defensive display. But prior to this even during a period when he was off form – he still continued to spend more time attacking in his opponents half than defending in his own. So keep an eye out on him this weekend.

Differential – Kolasinac vs Southampton (A)

When Kolasinac signed for Arsenal last season he was meant to be the next Marcos Alonso. However a combination of injury and finding himself sharing the same space as Sanchez meant he didn’t produce the regular returns we hoped for.

Now fit and playing under new manager Unai Emery, he has had 27 penalty area touches, created 3 big chances and produced an assist in his last four Gameweeks. It’s just a shame that Arsenal have struggled with clean sheets until last weekend.

This week they travel to Southampton who have only scored 13 goals all season.

Despite Everton having the goal scoring Richarlison or the creative Sigurdsson, their opponents Manchester City know how to keep clean sheets this season.

8 clean sheets in fact from 16 games, having only conceded 9 goals all season – a record only league leaders Liverpool can beat.

Gameweek 15 proved that clean sheets are slim on the ground of late but I believe Ederson is a strong option this week.

Differential – Fabianski vs Fulham (A)

Then of course there is West Ham who continue to work through their favourable fixture list. Next up they are due to encounter Fulham.

West Ham will allow Fulham chances, but Fabianski is in good form and will earn Starting 11 managers plenty of save points this weekend – can he produce another penalty save?