Join me and many other fantasy football managers in Starting 11’s
Gameweek 17 free to enter £25 game.

Starting 11 has another free to enter £25.00* mini-league prize on offer this weekend. I’m here to bring you tips and hints on how to make the most of your Daily Fantasy Premier League team.

We all love fantasy football.  A lot of us play in FPL cash leagues with family, friends and work colleagues.  Starting 11 are once again offering us the chance to win some cash!

If you’d like to get involved this week by challenging me and many other FPL managers from the community, simply create your line-ups today by downloading the free Starting 11 app, which is available on both iOS and Android.

This Sunday we have SIX teams in action.You can only choose 11 players. Who will make your Starting 11?

Below, I (@FPLHints) will show you all my line-up in advance and offer a few thoughts on which premium and differential players I’m considering.

Once you’ve installed the app and are logged in, please head over to the ‘Mini-League’ tab and there you will see FPLTips’ contest for Sunday 15th December.

As mentioned, both the iOS and Android apps are free to download, and the £25.00 free roll contest is free to join and play so there's nothing to lose.


To get involved, simply download the free app below and create your best 11-man team - and you’ll need to pick a captain to earn you those all-important double points! FREE TO PLAY - FREE MONEY TO GIVEAWAY - DOWNLOAD BELOW

Harry Kane vs. Wolves (A)
Spurs are enjoying life under new manager Jose Mourihno, as is their captain Harry Kane – who has taken on 14 goals attempts during the last 4 Gameweeks.

Last weekend those attempts finally turned into goals, as Kane scored twice (as well as providing an assist) during the 5-0 win over a poor Burnley side.

With the trio of Alli, Son and Moura all making runs past Kane, the England International is finding space to take on shots from dangerous positions – yes he’s a little deeper than we expect but that suited him last weekend.

This week Spurs take on Wolves, who have climbed themselves up to 6th in the Premier League after a poor start but only have 1 clean sheet from their last 8 games.

Gabriel Jesus vs. Arsenal (A)
With Aguero out injured, Jesus has taken his opportunity for first team football by scoring twice against Burnley as well as a hat-trick in the Champions League on Wednesday night.

Pep Guardiola is spoilt for choice when it comes to his creative midfielders, the pace of Sterling, the creativity of De Bruyne – whoever plays in that number 9 position is going to score goals.

With Arsenal up next he has another opportunity as the Gunners just cannot defend – they haven’t kept a clean sheet in any of their last 12 games across all competitions.

We all know there is a goal or 2 in Aubameyang against any opposition, but I expect Manchester City to score goals and to bounce back from the 2-1 defeat to Manchester United last weekend

Raheem Sterling vs. Arsenal (A)
We continue with Manchester City, assets which are being sold over on FPL this week but perhaps a week too soon given the fixture, managers are just desperate to own Spurs players.

Sterling only has 1 goal during his last 3 games, however he has had 4 big chances during his last 6 games weeks – the performances are there and another haul is incoming.

Sterling was fully rested mid-week in the Champions League, whereas Arsenal need a point to guarantee their Europa League group stage qualification therefore need to field a strong line-up.
It’s safe to say that, given his preseason and early form – the returns Sterling has provided are a little disappointing.

That said, he continues to look dangerous and is a quality player you can never write off – this is a big game against a poor defence, Manchester City HAVE to win. 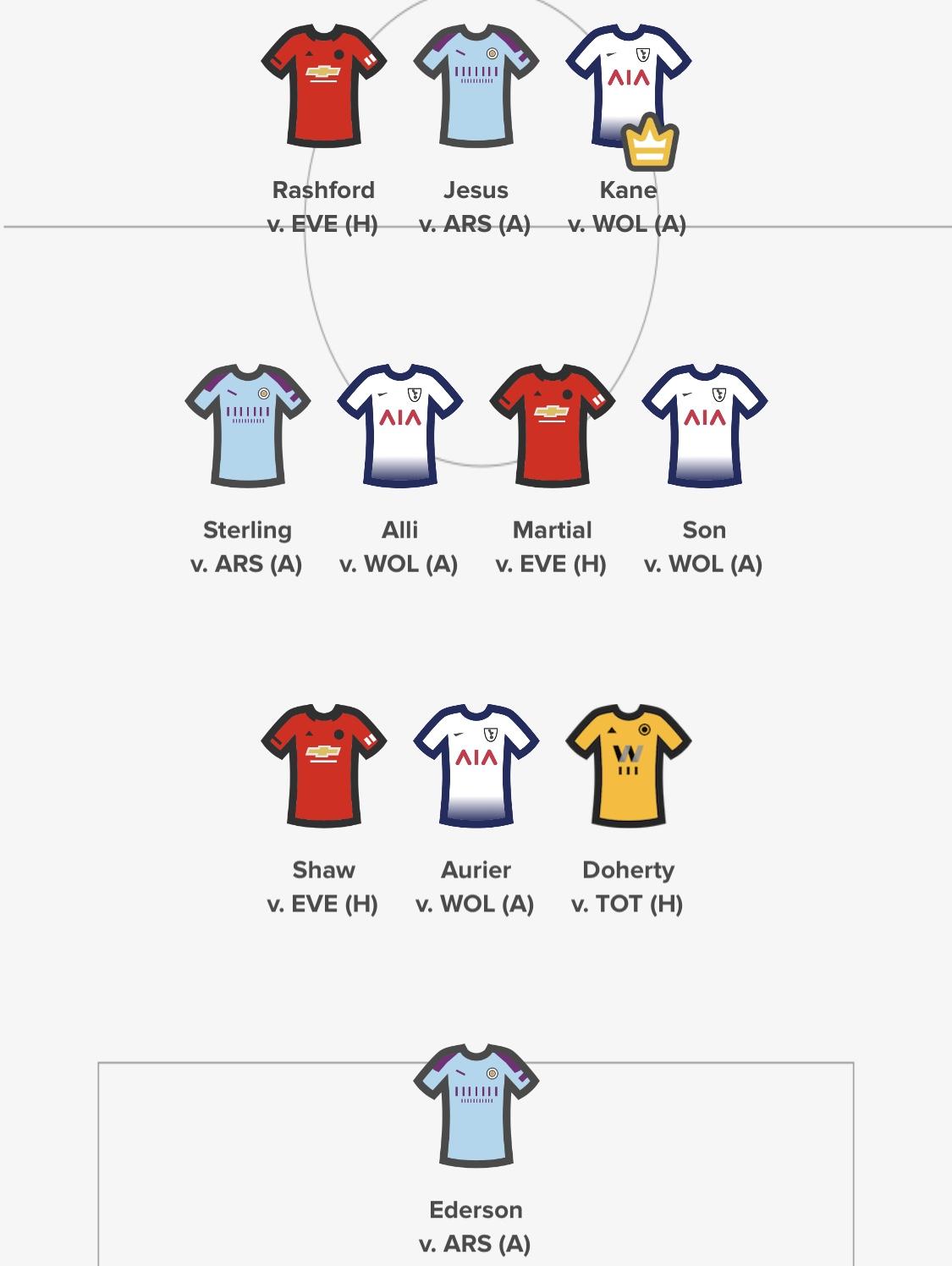