Join me and many other fantasy football managers in Starting 11’s
Gameweek 14 free to enter £50 game.

Starting 11 has another free to enter £50.00* mini-league prize on offer this weekend. I’m here to bring you tips and hints on how to make the most of your Daily Fantasy Premier League team.

We all love fantasy football.  A lot of us play in FPL cash leagues with family, friends and work colleagues.  Starting 11 are once again offering us the chance to win some cash!

If you’d like to get involved this week by challenging myself and many other FPL managers from the community, simply create your line-ups today by downloading the free Starting 11 app, which is available on both iOS and Android.

This Sunday we have EIGHT teams in action.You can only choose 11 players. Who will make your Starting 11?

Below, I (@FPLHints) will show you all my line-up in advance and offer a few thoughts on which premium and differential players I’m considering.

Once you’ve installed the app and are logged in, please head over to the ‘Mini-League’ tab and there you will see FPLTips’ contest for Sunday 1st December.

As mentioned, both the iOS and Android apps are free to download, and the £50.00 free roll contest is free to join and play so there's nothing to lose.

Raul Jimenez vs. Sheffield United (H)
After a dismal opening to the season when Wolves adjusted to juggling both the Premier League and the Europa League concurrently, they have turned their season around. It's surprising to think that Wolves have risen all the way to 5th place in the league table.

The man key to that improved form is Raul Jimenez. His return to form sparked the rise up the table.
When Wolves score goals he’s involved - highlighted once again during the Europa League on Thursday night, when he scored once and assisted twice during the 3-3 draw.

This week Wolves are at home to Sheffield United, who sit only one position and one point below – however they come into the tie having thrown away a 2-0 lead over Manchester United to draw 3-3.

Jack Grealish vs. Manchester United (A)
Jack Grealish was pivotal to Aston Villa’s promotion from the Championship last season, he’s not faired too badly in the Premier League either – scoring twice and providing four assists so far this season.

Playing left of a front 3, Grealish has impressed me lately and I am expecting to see an increase in the number of attacking returns he is providing. Against Newcastle on Monday night he was the best player on the pitch.

His 5 shots, 5 chances created and 11 touches in the opposition box were more than any other player during the game. He recorded one assist but was unlucky not to have more fantasy points to his name.
Historically this would have been a fixture to avoid, but a trip to Old Trafford is no longer a daunting task – instead it’s a winnable game.  Aston Villa will need to be at their best but they know Manchester United are not the side they once were.

Caglar Soyuncu vs. Everton (H)
It’s hard to believe that Soyuncu would have been surplus to requirements this season, had it not been for the summer transfer of Harry Maguire to Manchester United – the late move promoted Soyuncu straight into the Starting 11 and he’s not looked back.

With four clean sheets from his last four games, Leicester’s defensive assets are impossible to ignore – especially when they are at home to an Everton side who were appalling last weekend in their defeat to Norwich.

Having already scored and provided an assist this season, Soyuncu is also a threat from set pieces – this weekend I will be doubling up at the back in Starting 11 with Pereira.

To get involved, simply download the free app below and create your best 11-man team - and you’ll need to pick a captain to earn you those all-important double points! FREE TO PLAY - FREE MONEY TO GIVEAWAY - DOWNLOAD BELOW 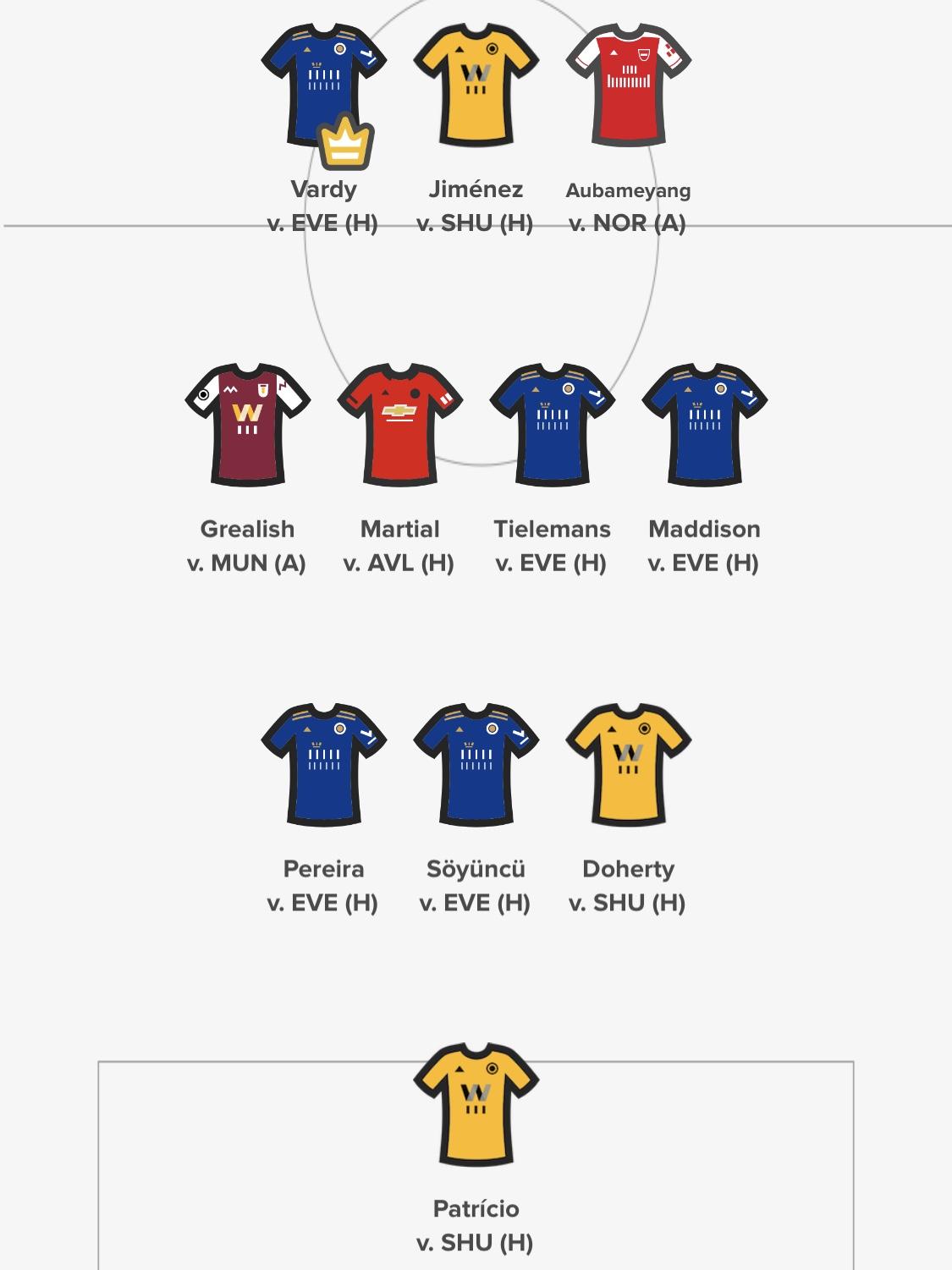