Early wildcard: Should I or shouldn't I? A Gamer's Dilemma 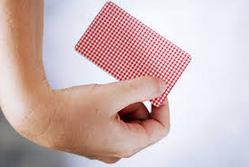 The new season brings new hopes for all fantasy football managers. During the summer, the eager among us followed transfer news hoping to find the “new Michu”.  Some of us even checked team sheets of friendly matches at great length in pursuit of bargain priced youngsters who could provide us with that much needed "x factor".  Furthermore, we were bombarded with dozens of FPL projections and previews suggesting different FPL squad options.  Ultimately, all we wanted was to find the best balanced squad to top our private leagues.  Right?

After tinkering with the team you eventually feel confident that you are going to have a good weekend. You’re definitely going to beat all your mates; maybe even have a high overall ranking? Sky is the limit!  Last Friday, when I looked at my team I was very confident of its potential. I purchased decent players for each position.  I expected them to generate lots of points.  Why wouldn't they? Well, they didn’t! I ended with just 69 points, and I’m 864,776th in the overall rankings.  I'm now questioning the team that I have and thinking of radical changes... even playing my wild card for GW 2 has become tempting.

There are different strategies for the wildcard. Some folks prefer to leave it for the double gameweeks later in the season, others prefer to use it only in an emergency when most of the squad is injured or out of form.  Some people that I know are willing to use it at the beginning of the season, to fix GW1 selection mistakes.  Personally speaking, I don’t mind using it early, but I think GW2 is too soon for it.

There is a break for international matches after GW3. I think that’s the best moment to re-analyse my squad, look at other players, think about new strategies and hopefully change my #FPL luck for the better.  I think it's best to wait a while, rather than using the wild card so soon.  Do you agree?